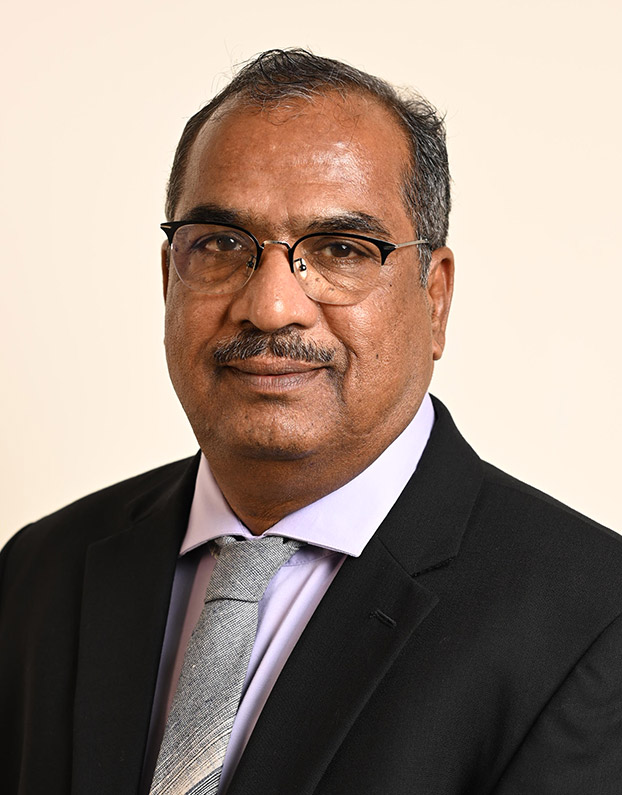 Professor Dayananda Siddavattam brings rich experience as a distinguished senior academician, mentor, researcher, and professional leader to his appointment as Vice-Chancellor, GITAM University. He started his teaching and research career after completing his PhD from SV University, Tirupati. He won prestigious the DAAD (1988-90) and BMFT visiting scientist fellowships (1992-93) from the Ministry of Science and Technology, Federal Republic of Germany. He worked at the Institute for Genetics, the University of Bayreuth, to decipher the genetic basis of nitrogen status sensing and regulation of nitrogen fixation genes in soil bacteria. After returning to the country, he pursued his research interests by establishing a molecular biology lab at SK University, Anantapur, by obtaining competitive research grants from various national and international funding agencies such as the DST, DBT, and The Welcome Trust, UK, and British Council, UK. Besides establishing a functional lab, he brought international visibility to the unit by collaborating with reputed global institutions like John Innes Centre, Norwich, UK. His laboratory made fundamental contributions to the field of Microbiology and succeeded in identifying genetic and biochemical principles behind the survival of microbes under highly polluted and harsh habitats. He has isolated bacterial strains that thrive on toxic and recalcitrant pollutants and deciphered novel metabolic pathways to mineralise certain recalcitrant carbon compounds hitherto unknown to native habitats. His laboratory reported the transposon-like organisation of genes involved in the degradation of organophosphates (OP) and demonstrated their lateral mobility among microbes. The phenomenon called horizontal gene transfer contributes to remediating polluted agricultural soils by eliminating accumulated OP insecticide residues. He followed these research leads with deep passion and dedication and discovered novel genes and unique degradation pathways. He critically questioned existing theories on the evolution of bacterial phosphotriesterases (PTEs) and demonstrated their role in iron acquisition and outer membrane transport.

In recognition of his research contributions, the state of Andhra Pradesh elected Prof Dayananda Siddavattam as the Scientist for 2008. British Council, UK awarded him Commonwealth Academic Staff Fellowship. He is an elected Fellow of all three leading Science Academies of India, the National Academy of Sciences, Allahabad, Indian Academy of Sciences, Bangaluru, and the Indian National Science Academy, New Delhi. The Science Engineering Research Board (SERB), Ministry of Science and Technology, Govt. of India, awarded him the prestigious JC Bose National Fellowship.

Dr Dayananda Siddavattam has also made a mark as an academic administrator. He served as HoD, Dept. of Animal Biology, and Dean, School of Life Sciences, at the University of Hyderabad. He was crucial in obtaining infrastructure building grants from national funding agencies. The state-of-the-art laboratories and inter-institutional collaborations under his stewardship have accelerated interdisciplinary research activities with a futuristic vision at the School of Life Sciences, University of Hyderabad, Hyderabad. He has introduced several new initiatives and administrative reforms while serving as Coordinator, Research and Development, Chief Proctor and Director, Institution of Eminence (IoE). His offices witnessed phenomenal administrative reforms during his tenure. They won wide acclaim from peers, colleagues and administrators of the University of Hyderabad, Hyderabad, and other national-level institutions of eminence. He has been a consultant to several leading pharma companies and has successfully executed several highly goal-oriented industry-sponsored research projects. His work on the distribution of antimicrobial resistance (AMR) genes in soils collected from pharma effluent canals won the appreciation of Bulk Drugs Manufacturers Association, India (BDMAI) and the Hyderabad pharma hub.

His research findings are published in several national and international journals. He has collaborated with Biotech companies like Nagarjuna Fertilizers and Chemicals, Biological E. Pvt. Ltd and Aurobindo Pharma to develop/optimise the product development process, and he owns a Patent Titled “GENETICALLY TRANSFORMED MICROORGANISM FOR BIOMASS FERMENTATION (WO/2009/113101): PCT/IN2009/000105”.